‘The fastest school ever built’

Kensington Aldridge Academy (KAA), a school that was at the foot of the Grenfell Tower, had to close its doors in June 2017 due to the damage from the fire.

Portakabin engaged with the Remark Group to install high voltage and low voltage electrical supplies for the school. The project needed to be completed in just a few weeks to enable the pupils at the school to return in September,ber.

“The whole project, although incredibly fast, was orderly, planned, on programme; hitting all milestones even after the design repeatedly evolved and was safe – speed was not used as an excuse to relax quality, safety or proper governance.”

Thirteen weeks after Kensington Aldridge Academy (KAA) on Silchester Road was closed, a new KAA2 on Scrubs Lane, just over a mile away from the school’s permanent location, opened its doors to nearly 1,000 students.

Known as the fastest school ever built, KAA2 was an unprecedented project from start to finish and took a record-breaking nine weeks to build.

Though being built to an extremely challenging timeframe and at times, an evolving design, neither the quality nor function of the new school and its educational environment was compromised. Pupils were to have like-for-like facilities in their new school, which specialises in the performing arts.

Following the unfolding of the tragic events on 14 June, the Education Skills and Funding Agency (ESFA) approached consultancy and construction group Mace and modular experts Portakabin to provide a new building for the pupils of Kensington Aldridge Academy, which is located at the base of Grenfell Tower.

Working closely with the Portakabin, Remark Group completed the full electrical sub- distribution to the buildings and installation of door entry systems while working alongside 100+ other contractors on a daily basis to ensure the 960 pupils at KAA were able to start the new school year in September.

“The quality of relationship and interaction between all parties was excellent – that is the school management team, ESFA, Mace, LBHF, Portakabin, our suppliers and subcontractors and the whole supply chain – people were not putting up barriers but were actively and creatively thinking together to reach solutions to challenges and were empowered to make things happen without delay. All personnel on site showed commitment and pride and this was noted by neighbours and the local community.

“I want to congratulate everyone involved in moving Kensington Aldridge Academy to their new site. It is an incredible achievement to build a school of this scale in record-breaking time after such tragic events. It was hugely impressive to see all the organisations involved working together under pressure to deliver a project of this magnitude successfully and minimise the disruption it caused to pupils.”

Our electrical infrastructure services are designed and implemented to ensure the building meets the needs of the people who live and work in them. We are experts in working with our customers to ensure that their electrical system is more than just a background service.

We cover a diverse range of services, tailoring every project to suit you and your business’s needs. With expert Project Management and multi-skilled engineers, we deliver pragmatic electrical installation projects from conception to commissioning.

Find Out more On Electrical Infrastructure 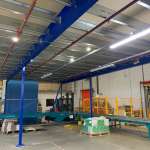 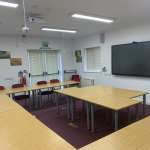 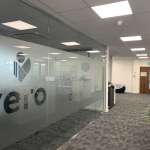 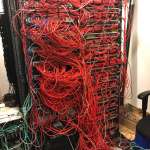 Cabinet Rationalisation: Before and After 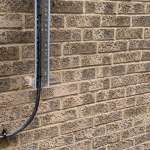 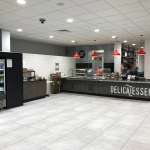 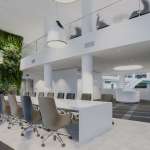 Installation of Sound Masking to restore privacy
View All >